These were written some years ago by my grandfather’s sister, Susan Luella Donoho Stokes (1923-2013) some years ago. A dear family member, the little girl in the story named Ann, dropped these off today and I am transcribing them so that she is never forgotten- and to share with other family members, past and future. I am typing them exactly as originally written.

REMEMBRANCES FROM THE PAST

When I, Susan Luella Donoho, was 23 yrs. old, I was working at Auto Specialties Corp. And I had for about a year, when I met, Bob Stokes.
He had got him a job there too and he said his name was was Robert A. Stokes. But I could call him anything I wanted to, Robert, Bob, or Bub. And I said all right Bob. And months later when I started going out with him he told me he had hired in under his brother’s name and showed his birth certificate, his brother was two years older than he was and was in his last year of highschool. He said he haad a Mom, Dad, two brothers, and a sister at home in Arkansas.

He didn’t have a car but that didn’t stop us. We either rode the bus or a cab or walked home from a movie in town. I lived in a project house with my sister, Ellen, her husband and family. Which consisted of her son Charles, his wife Betty, And another boy Gene, and his three younger sisters. Bob stayed with his Aunt Agnes and his Uncle Dick and little boy Jimmy, they lived in the trailer park very close to where I was living. We kept going together, we would go to the movies, Silver Beach, or roller skating. Then it was February of 1948, I was still working at A.S. Corp. But Bob had quit and got him a job at Industrial Rubber. Just a little ways down the road from me. He had his application in aat Whirlpool and they called and he went. He worked there about 23 years and had to have a heart operation and never got to go back to Whirlpool or his president’s job in the Union. Which he had been voted for and accepted at Whirlpool. I am ahead of my story now and I’ll go back to 1948. We decided to get married on June 26th. And I was working the midnight shift, after I got up that morning Bob and I borrowed my brother Sam’s car and went down to Indiana and got our blood tests and came back this way to Roseland, Ind. The preacher and his wife had a little round building in their yard that they married us in. It was cute, jst the four of us there. Then Bob and I came back and gave Sam his Car. He called his mother and told her. I know now that must have been a blow. But we neither one thought anything about that. We didn’t have anywhere to live for Bob had a sleeping room with another man and we stayed there the first night. The man didnt come home till the next morning and I couldnt get up for I was in my slip for he sit there forever for so long talking. I don’t know how I did get up and go down the hall and go to the bathroom but he m ust have left. The next night we stayed at the Mary’s Hotel in Benton Harbor. And then the third night we went back to my sister Ellen’s and stayed the night. The next morning Charley her husband found us a sleeping room down by the Grocery Store where they did their shopping. I was on vacation so I intended to find us an apartment for we were burning up in the sleeping room. It was upstairs with no fan or anything to keep us cool and this was hot summer time. I would get the newspaper in the afternoon and I study it, then I came across a furnished apt. in Euclid Center, at that time it was called. Now it would be called Benton Hights. I went to see it, it was up an outside stair on the second floor. I rented it. It was three rooms and a bath with an ice box which was really an ice box, a man would deliver ice every day and i would have to remember to empty the pan every day and sometimes didn’t and i would have to mop up the water, Bob and I have to walk about half a mile to catch the bus to go to work. We still didn’t have a car and then he bought the car from Sam (the one we went to get married in), I don’t know what year the car was, but it had a very small window in the back and boy was we ever proud of it. We never had to catch another bus. Then we moved back to town, another upstairs furnished apt. two big rooms and a couch that made into a bed. In the kitchen everything was white except the floor. It was painted black. I would wax that and it would shine. I was so proud of it. But we had to share the bath with the couple who who lived across the hall. A we always had to remember to lock the door when we left the bathroom. Then came xmas time and we were going home. I was at least going to meet my new father and mother in law. I had been writing to her for about six months and was anxious to meet her. She was sending me recipes that I would ask for that Bob would tell me he liked. Chess pie, chocolate gravey, and how she made biscuits, and I always made breakfast for us before going to work, so she would send anything we would ask for, though she would never measure things, it would be a smidge of this and a dab of that and something else. But I was doing pretty good with the biscuits and gravey. And here’s the chocolate gravy I made it was sometimes good and sometimes not so good. BUt my kids and my grandkids always liked it.

You mix cocoa sugar and four with water and boil it for aa while, remove from heat, stir vanilla into it and put a big hunk of butter on your plate and pour over it. And then sop it up with your biscuits and this was delicious but oh so fattening.

Do you remember eating it Ann? But that was one thing that I cooked that I never measured. And I remember how Cindy and her kids would get after eating it when they were little. I would have to give each and every one aa baath after breakfaast. But I never minded that for I would rather see aa clean little kid then a dirty one.

We were off for xmas so we started down to Arkansas and stopped at my Mother and stepdad’s, and Bob met them for the first time then we went on to Missouri and stopped at his Aunt Margaret and Uncle Burls. And spent the rest of the night. Aunt Margaret was Bobs moms only sister and I liked her and though she had a beautiful house, her boy Bob was there from St. Louis Mo. and the next morning I met all of them. Sue Ann Aunt Margaret’s daughter was there too, she was a teenager. We all got busy after breakfast doing things for they were all going to Arkansas with me. That was all but Bob’s wife Margaret was busy, She was doing nothing in the livingroom but talking. Aunt Margaret had put me to drying dishes, for Uncle Burl was washing them. Sue Ann was straightening the house and making beds, and Aunt Margaret was packing the things she was taking with us for they were all coming with us to Mom and Pop’s. So at last we got there and Mom and Pop came out and welcomed us and took us inside and I will never forget how her table looked. It had everything imaginable on it, meats, vegetables, and every sweet you could think of. We would all get us a plate and eat when we wanted to, and never did i feel strange and that night after going to bed mom came to our bed and hugged and kissed us. And I loved her with all my heart. And though I had liked Aunt Margaret I was happy that Mattie was my mother in law.

She knew how to be a good mother in law and she was the best. Bob and I were married almost 25 years and I never ever felt anything but love for her. And I miss her very much to this day. There are times I very much would like to see and talk to her. But I know she wasnt really haappy after Pop died.

When we came back to Michigan after Xmas we were loaded. we had cans of everything, even sausages, potatoes and ham. We would go down twice a year, vacation and xmas. I would always have the car packed and ready to go when he would get home from work. And I just couldn’t hardy wait.

And then in February of 1949 I got pregnant with Cindy. And we moved upstairs in Ellen’s house. I don’t know what we would have done if we ever lived on a lower floor. I was just rooms upstairs. We had to go downstairs to use the bath. and I had an oil stove to cook on just like your mother haad in Ark. Bob bought me a new bedroom set and a new bedroom set and aa new chair and I didn’t care about not having running water upstairs, I was happy and I just made do. Bob was working at night 3:30 til 12:00 and this night was a thursdaay night just two weeks before I expected the baby. I had gone to bed about 10:00 and I started having pains and I didnt want the baby to come then for the next eve. they were having a shower for me. When Bob came up the stairs about 12:00 I was about ready to scream so he put me in the car and we went to (Charles Renfro’s) Ellen’s boy and picked up his wife – Betty she wanted to go. We went on to the hospital and three minutes to 9 that friday morning Nov 11 1949 I had Cynthia Ann Stokes and we called her Cindy. After about a week we came home and I will always remember you, Ann, and your mother coming out the door to greet us. You would be seven years old on the 23rd of that month and then you two went home and your mom baked and iced me one of her famous cakes and sent it to me for my birthday. For I had told her I never had a cake on my birthday.

One thought on “My Great Aunt Susie’s Memoir- Part 1” 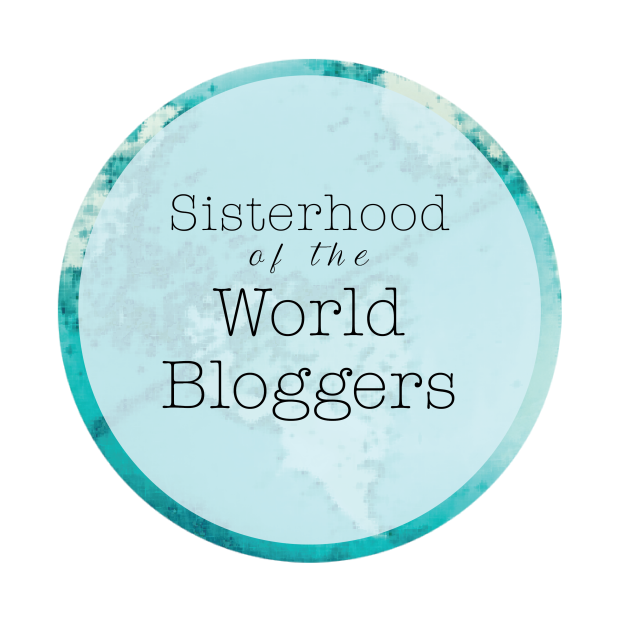