yeah… there are no words. This says it ALL.

You don’t expect to be attacked by a shark in a lake, but that’s what happened to this boy, who was bitten on his foot. Credit: Screenshot, USA Today

The idea of a shark attacking someone in the ocean is scary enough, but this week, a 7-year-old boy was bitten by one of these fearsome fish in a lake.

The boy was swimming in Lake Pontchartrain in Louisiana, when something bumped into him in the water and chomped down on his foot, USA Today reported. The bite’s appearance suggests it was probably a bull shark measuring about 5 feet (1.5 meters) long, experts say. The boy is expected to recover from the incident.

While it may seem unusual for a shark to turn up in this part of Louisiana, Lake Pontchartrain isn’t strictly a lake — it’s an estuary, a coastal body of brackish water connected by rivers or streams to the open ocean. The lake is connected to the Rigolets strait and Chef Menteur Pass to Lake Borgne, which opens into the Gulf of Mexico. [8 Weird Facts About Sharks]
Bull sharks can survive in both saltwater and freshwater, and have been known to frequent the lake. But shark attacks are extremely rare, said John Carlson, a research biologist at the National Oceanic and Atmospheric Administration’s Fisheries Service in Panama City, Florida.

“I can’t recall the last time there was a shark attack in Lake Pontchartrain,” Carlson told Live Science.

Sharks don’t usually attack humans. In fact, “you have a better chance of being struck by lighting on a golf course” than being bitten by a shark, Carlson said.

When it does happen though, as in this case, a shark will commonly mistake the flashing movement of a human foot for its natural prey — a mullet or catfish, for example. The shark will go up and bite it, and then realize it’s not food. “We call it ‘bite and run,'” Carlson said.

Bull sharks can survive in freshwater by regulating the amount of salt in their bodies. That’s why when some sharks are cut open, they smell like urine, Carlson said. Salt in a shark’s body normally has a tendency to make it swell up with water, but bull sharks have a special salt gland that keeps the concentration of sodium chloride inside their bodies in balance with the concentration outside — a phenomenon known as osmoregulation.

In addition to the bull shark in Lake Pontchartrain, there have been accounts of other sharks found in lakes. In July 2013, a man and his grandson spotted what may have been a great white shark in Lake Macquarie, Australia’s largest coastal saltwater lake, the Newcastle Herald reported.

If you’re going to swim in places that sharks are known to frequent, however, it’s best to avoid areas or times of day when the sharks are more active and water visibility is low, such as dawn or dusk, Carlson said. Avoid wearing shiny jewelry, he said, because it can resemble a struggling baitfish. And there is safety in numbers, so swim in groups, and don’t swim near fishermen, he said.

Mr. Tickles the Gnome (that’s what he was named, so he wouldn’t scare the baby) is one scary m*thaf*cka.

This is NOT something I want to see when I am half-awake and going out to the porch to get my paper.

my kid with 2 of the 3 new ‘mystery gnomes’ that showed up today.
Apparently, they are now MAILING THEMSELVES TO MY HOUSE.

If you read my previous post you’ll know that I’ve been having a seriously strange thing happen over the last year: GNOMES have simply been APPEARING in my garden and on my porch, out of nowhere. I have no idea who is doing this.

So I wake up today and the mailman left packages on my porch from Amazon. I thought nothing of it, as we order stuff in for Maisie all the time. I had a Fisher Price Little People house coming in, so I thought it was just arriving early.

I open up the packages and there are THREE FREAKING NEW GNOMES INSIDE! The packing slip said it was a gift, with no name, no sender info, NOTHING. I questioned everyone in this house, my parents- no one sent it from my end. To top everything off, they were HILARIOUS.

One was a flasher with an obvious hard-on (omg, they MAKE THESE THINGS?!), the other was a female gnome STRIPPER, and the THIRD gnome was a larger ZOMBIE GNOME!!!!

For some reason (of course), Maisie spotted the flasher gnome, gave a squeal and crawled right to him. The zombie scared her a little, as it has these huge creepy hands, so I named him “Mr Tickles” and pretended he was going to tickle her. It seemed to do the trick, as she started chewing on him and playing with the hideous thing.

My father suggested I post that ‘someone needs to stop leaving these $20 dollar bills on my porch’ and maybe THOSE would show up instead.

I wish someone would tell me if they’re doing this. It’s an expensive prank! I am still completely freaked out about this.

Maisie was rather TOO enchanted with the flasher

Now I am going to have a colony of filthy rude pervert gnomes living in my flower beds. I am almost scared to look through the weeds to see if any more are out there that I missed.

Mr Tickles the Zombie gnome is huge and scary looking

People have had sex with pit bulls, donkeys and even parrots, but this incident is on another level.

Darwin is a relatively unknown fisherman who lives in the outskirts of the remote town of 400. Residents say he sticks to himself and described him as “odd.”

Police responded after a man out of a nature hike happened to walk by Darwin’s house and saw Darwin having sex with the alligator in his backyard.

The witness heard Darwin say, “next time you try to kill a man, you best get the job done. Now you’re my bitch forever.”

“It was the damn strangest thing I’ve ever seen,” the witness told police. “The gator didn’t even move. It was like it didn’t give a s**t that man was having sex with it.”

Collier County Sheriffs responded and arrested Darwin on multiple counts of animal cruelty and one count of illegally keeping a wild animal.

Excerpt from Darwin’s police statement:
The gator tried to eat me and this was revenge, pure and simple. I don’t have no sexual attraction to gators, but I wanted to teach this bitch a lesson. I could have just killed her, but that would have been too easy. She was getting what she deserved.

Darwin also told police he had planned to chop off the alligator’s tail and pull her teeth as part of his revenge scheme and had even considered performing noise torture on the reptile by playing what Darwin described as “nigger music” over and over.

Darwin claimed the alligator had gotten a hold of his pant leg when he was fishing in a swamp and tried to drag him into the water. Darwin was able to escape without injury, but that had set his resolve to get revenge.

The alligator is being treated for relatively minor injuries and is expected to be released back into the wild within a couple weeks.

The latest batch of mystery gnomes- even Maisie doesn’t know what to make of them!

This has been an on-going problem for about a year now.

I bought a funny gnome last year and placed it in my yard. I KNOW where that one came from…

this was my first gnome. I bought him and I know where he comes from. The writing beneath his feet says “Say Hello to my Little Friend”

Suddenly, another appeared.  I didn’t think too much of it- and I asked everyone in the house, no one here purchased any additional gnomes.

this was the first “mystery” gnome to show up. He is unassuming and I didn’t find him for quite some time…

Not long after THAT, I found ANOTHER one that looked like it was smoking weed in my garden- I KNEW that couldn’t be a fluke.  I don’t even know where to buy a marijuana smoking gnome, for god sakes!

Again, I question the people in my house, folks on Facebook, family members- no one ‘fesses up.

this is the weed smoking gnome that really started to get me rather freaked out- he showed up this year, earlier in the spring

Months went by and I forgot about the previous gnome incidents until this evening, when I discovered not ONE, but THREE little gnomes sitting in a messy garden bed near my steps.  They are “Hear No Evil, See no Evil, Speak no Evil” gnomes. I was told by the manny that they’d been there for about a week- I didn’t even NOTICE THEM (as usual) til today.  I’ve not been very vigilant about weeding my garden beds this year, so I have no idea whether there may be more of them in the underbrush or what…

People have suggested that I ‘take them on adventures’- but I don’t have just ONE gnome, I have an ENTIRE FREAKING COLONY FORMING!!  If I took them anywhere, it would look like the gnome version of Jim Jones’ colony in Guyana.

I might as well make gnome-sized grape kool-aid and resign myself to this every-growing invasion of gnome-titude.

Whoever my gnome benefactor(s) is/are, thank you.  You’re twisted people who obviously delight in driving me crazy.

I am officially perplexed.  This is one of the funniest, weirdest, longest running mysteries to ever happen to me.

My brain can’t even process this… wow.

This video left me breathless from laughing!

I am half-Asian and I have beaten an attacker before with a flip flop.

I honestly think it must be some sort of inherited reflex.

Good for this girl! I hope that terrible boy never does this to anyone else again. 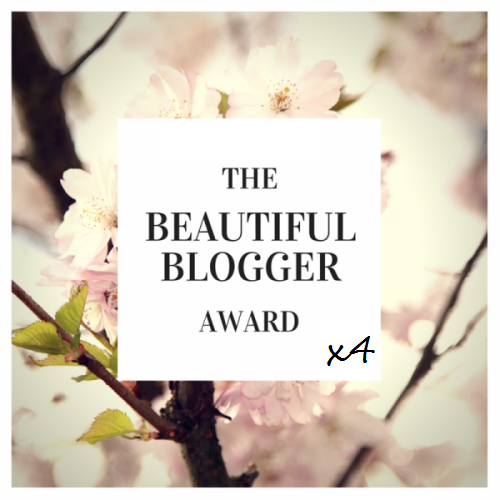